EU has published a “Results in Brief” article on the CORDIS website on our SCANRESIST project.

Anti-cancer drug resistance is a major obstacle to efficiently treating the disease. SCANRESIST is developing novel drugs to overcome this problem. 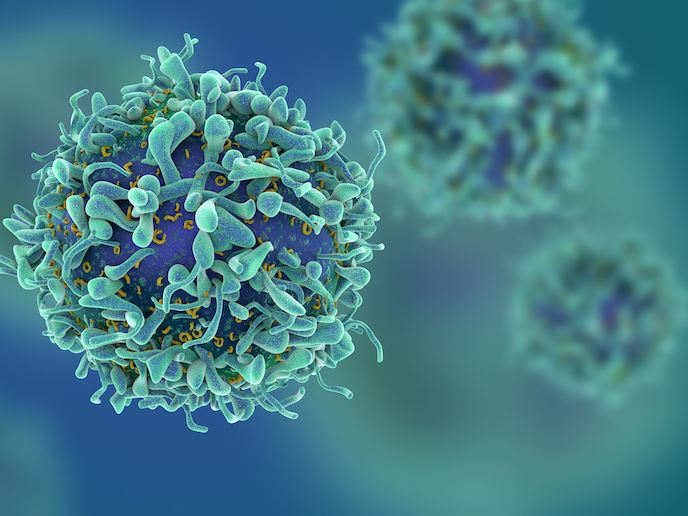 In 2018, cancer claimed the lives of about 9.6 million people around the world. In the European Union, 7 550 people are diagnosed daily with cancer and over 3 500 die from cancer every day. One of the main sticking points in the fight against cancer is the ability for cancerous cells to resist drug treatments. Tackling drug resistance could drastically improve patient outcomes in Europe and around the world. The Horizon 2020-funded SCANRESIST project has been developing new drugs with a view to defeating drug resistance and increasing treatment efficiency, by undermining the systems that work against treatments. By solving the anti-cancer drug resistance problem, the goal is to reduce cancer’s impact on the global population. SCANRESIST was led by Scandion Oncology, a biotechnology company based in Denmark. Scandion focuses on the development of drugs that interfere or block anti-cancer drug resistance. “Our mission is to introduce novel and innovative drugs that combat anti-cancer drug resistance and thereby increase survival of cancer patients,” says Nils Brünner, CEO and co-founder of Scandion Oncology and SCANRESIST project coordinator. Scandion Oncology’s flagship drug under development in the SCANRESIST project is called SCO-101. SCO-101 works by specifically targeting resistance mechanisms in cancer at a molecular level. The drug had already passed four separate Phase I clinical trials, which were run in healthy volunteers. The tests showed the drug was safe to take as a tablet and delivered only a limited amount of toxicity to the patients. SCO-101 was ready for the next stage. SCANRESIST is now taking the research to the next level, by testing the drug in cancerous patients who exhibit resistance to cancer drugs. These Phase II trials are a vital progression towards bringing the drug to market. SCANRESIST aims to prove SCO-101 to be a viable, safe, effective drug in anti-cancer drug resistant patients.

The novel drug targets proteins known to be responsible in resistance to anti-cancer drugs. It works by inhibiting the SRPK1 kinase and degrading the ABCG2 drug efflux pump. Efflux pumps are present in cells and transport several different drugs to the outside of the cell. SRPK1 has several potential biological roles, including: cell invasion and metastasis; induction of tumour angiogenesis (the formation of new blood vessels); the ability to replicate without limits; and increased cell survival. Both the SRPK1 kinase and the ABCG2 drug efflux proteins are highly active in patients with colorectal, breast and pancreatic cancer and are associated with poor patient outcome. “The most surprising results were that SCO-101 in addition to degrading the ABCG2 drug efflux pump also specifically inhibits the SRPK1 kinase which is involved in regulation of alternative gene splicing,” says Brünner. The drug reverses resistance to a number of cytotoxic (toxic to cells) anti-cancer drugs and to anti-oestrogens. With the high number of cancer patients developing resistance to their treatment, the market potential could easily reach blockbuster potential.

The SCANRESIST project is still underway, and Scandion Oncology plans to perform up to a total of three Phase II clinical trials. The Phase III trials will then be carried out with a large pharmaceutical company. “Our goal is to provide clinical proof of concept for our drugs and then to partner with a larger pharma company in order to bring our drugs to cancer patients,” concludes Brünner.